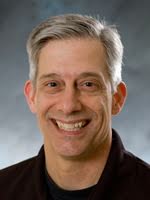 Dr. VanDerWerff teaches American politics, public policy, religion and politics, and constitutional law. He also serves as the pre-law adviser to students. A Northwestern College graduate, he holds a doctorate in American politics and public administration. Research interests include religion and politics and political theology. He is a member of both the American Political Science Association and Christians in Political Science.

(4 credits)(IGE option under Self and Society) A broad survey of the major political and governmental institutions in the United States, this course examines how citizens attempt to influence their government and how the government responds. The course also develops the foundations for a biblical perspective on the role of government and the task of citizens.

A general examination of domestic and foreign policies of the United States. Education, health care, civil rights and economic policy are among the various polices explored. Particular attention is given to the differences between Christian liberal and Christian conservative policy perspectives of problems such as crime, discrimination, poverty, degradation of the environment and others. (4 credits, alternate years, consult department) (American politics)

(4 credits)(NWCore option under Cross-Cultural Engagement) This course introduces the study of political, physical and cultural features of space and place around the world. Familiarity with major physical and political features of the world's regions will be stressed. In addition, the course will raise various issues connected with the cultural aspect of geography, e.g., perceptions of place, changes in space over time, the interactions of human communities, the natural environment and patterns of human presence on the land.

This course provides an opportunity to explore elections as the central mechanism of democratic accountability in American government, by means of supervised reading and reflective involvement in an election campaign. Prerequisite: PSC101 or 201. (2 credits, alternate years, consult department) (American politics)

PSC320 - Christians and the Political Order

This course centers on the implications of the Christian faith for Christians in the political order. We will explore historical and current Christian interpretations of the role of government in society, distilling biblical values which undergird them. Prerequisite: junior standing, or permission of the instructor. (4 credits, alternate years, consult department) (American politics)

Book review of Paul Moke’s (2015) Earl Warren and the Struggle for Justice. Lexington Books. In the American Review of Politics, Forthcoming, Fall 2017.

Reforming Political Discourse. Kicked-off a ten-month virtual dialogue or “Respectful Conversations” hosted by Harold Heie. Along with my assigned conversation partner, Kim Van Es, we addressed the initial subject: Talking Past Each Other, or Worse? September 2017.

“The Core Practices of Citizenship: Re-enchanting Our Conception of Civic Duty.” Contributed to the Andreas Center’s (Dordt College) online publican, In All Things. This reflection was the second in a three-part series on the responsibilities citizenship, July 2016.

Starting in the spring of 2010 began writing a monthly report on the politics and policy of Iowa for the Consulate General of Japan in Chicago. Have produced 70-plus reports and counting.

Dean of the Social Sciences (selected by VPAA; 2017-present) One of four divisional/academic deans will serve to advocate and assist the efforts of colleagues in the departments of Business & Economics, Education, Social Work, Sociology & Criminal Justice, Psychology and Political Science.

Co-chair of Reaccreditation Work Group (appointed position; 2014-15) Served alongside Mike Wallinga (Director of Institutional Research) and lead a team of colleagues in making the case/preparing the report in advance of Northwestern’s decennial visit from the North Central Association’s Higher Learning Commission.

Faculty Representative to the Board (elected by peers; 2006-14) Not only attended both the fall and spring meetings of the full Board, but also sat as a Trustee on the executive committee, which met on a monthly basis in order to fulfill various fiduciary responsibilities.

Faculty President (elected by peers; 2008-11) Presided over faculty meetings and working in conjunction with the Dean’s Council to set the agenda for bi-monthly gatherings. Also served as an ombudsman of sorts.