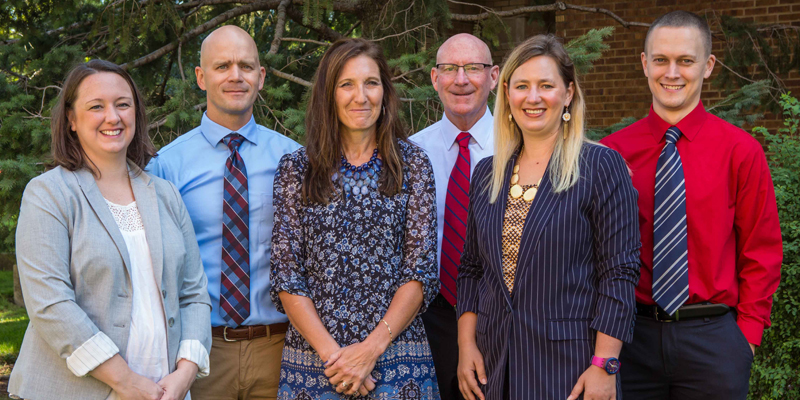 Dr. Emily Grace joins NWC as an assistant professor of physics. She previously taught at Sterling College in Kansas. She was also a visiting lecturer at Royal Holloway University of London and did post-doctoral research on dark matter at Pennsylvania State University. Grace earned a doctorate in physics from Royal Holloway, a master’s degree in education from Indiana University South Bend, and bachelor’s degrees in physics and psychology from Indiana University South Bend and Bethel College in Indiana, respectively.

Christina Hanson has been hired to help develop and then direct a new master’s degree program in physician assistant (PA) studies at Northwestern College. She played a key role in the successful application and site visit by the Accreditation Review Commission on Education for the Physician Assistant (ARC-PA) for Bethel University’s new PA program, and she helped select and mentor Bethel’s first PA cohort. A Bethel University graduate, she holds a master’s in physician assistant studies from Des Moines University.

Mark Haselhoff is Northwestern’s first undergraduate professor of practice, hired to teach in the computer science department. A Northwestern College graduate, he has held multiple roles at NWC, starting as a computer support specialist and most recently serving as the college’s web development manager. He also taught numerous computer science courses for Northwestern as an adjunct faculty member. Haselhoff earned a master’s degree in computer science from Georgia Institute of Technology last year. He was also a member of the Northwestern student team that competed in the world finals of the Association for Computing Machinery International Collegiate Programming Contest in China in 2010.

Michelle Henrich is Northwestern’s new assistant professor of education. She earned an Education Specialist degree in administration and a master’s degree in technology for teaching and learning, both from the University of South Dakota. She comes with more than 25 years of experience as a classroom teacher, special education teacher, interventionist and elementary principal—most recently serving as a principal in the Sioux City Community Schools and the Douglas School District in South Dakota. She will teach undergraduate and graduate special education courses and oversee the policies and curriculum for graduate endorsements in special education.

Gary Richardson joins Northwestern as a professor of practice for its Master of Education program. As such, he will teach graduate courses in educational administration and oversee the development of the college’s graduate internship programs and principal licensure program. A former superintendent at MOC-Floyd Valley/West Sioux and Harris-Lake Park, he most recently was an educational consultant for School Administrators of Iowa. He holds a bachelor’s degree in secondary education from the University of Northern Iowa, a master’s degree in education from Drake University, and an Education Specialist degree from Iowa State University.

Tricia Steenbock begins this fall as an instructor in nursing. She is a registered nurse with emergency room experience who has worked for hospitals in Iowa, South Dakota and Colorado. She also has taught in classroom, clinical and simulation settings for Briar Cliff, Morningside, Western Iowa Tech and Mercy Medical Center in Sioux City. Steenbock earned a Bachelor of Science in Nursing degree from South Dakota State University and a master’s degree in nursing from Briar Cliff University.

Dr. Zachary Varpness returns to Northwestern as an associate professor of chemistry after 11 years at Chadron State College in Chadron, Neb. An organic chemist, Varpness graduated from NWC in 2002 and then began graduate studies at Montana State University. There he served as a graduate research assistant while working toward a doctorate in bioinorganic/materials chemistry. He joined Chadron State’s faculty in 2007 after earning his Ph.D.