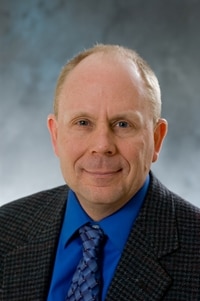 Andres’ presentation, “Please Don’t Call it ‘The Fall’… and Other Adventures in Telling the Gospel Story Well,” explored some of the prominent redemptive narratives found in Scripture, such as alienation-reconciliation, bondage-redemption and curse-shalom, and how they guide in gospel storytelling.

“It is argued that Christians probably should not use the term ‘the fall’ to describe the events found in Genesis 3,” says Andres. “This is for biblical, theological and historical reasons, including the observation that, biblically, the term ‘fall’ is nowhere used in relation to the original sin in the Christian Scriptures.”

L’Abri is a fellowship that was founded in Switzerland in 1955 by Francis and Edith Schaeffer as a way to create a meeting place for people to find satisfying answers to their questions and practical demonstration of Christian care. The group called themselves L’Abri, which is a French word for “shelter,” because they sought to provide themselves with a safe haven from the pressures of an increasingly secular 20th century.

Over the years, L’Abri has expanded across borders and time zones, with branches located in Australia, Brazil, Canada, England, Germany, Holland, Korea, Switzerland, Sweden, and two branches in the United States, located in Massachusetts and Minnesota.

A member of Northwestern’s faculty since 1998, Andres holds research interests in Christian community development, the theology and practice of holistic Christian witness, and the authentication of revelation. Students enrolled in his Christian Witness and Community Development course attended his lecture.

A graduate of Arizona State University, Andres earned a master’s degree from Reformed Theological Seminary before earning a doctorate from Kings College at the University of London.