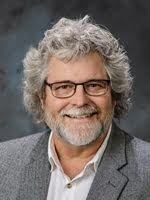 Laird Edman specializes in the cognitive science of religion, critical thinking, emotional intelligence, and teaching and assessing critical thinking. He holds a doctorate in educational psychology that focused on cognition and learning from the University of Minnesota, as well as master’s degrees in counseling psychology and English literature from the University of Notre Dame.

Dr. Edman’s research has been published in The Psychology of Religion and Spirituality, The Journal of Psychology and Christianity, Psychological Reports, The Journal of the National Collegiate Honors Council, Resources in Education, Teaching and Learning in Honors, and The National Honors Report. He has also presented papers, workshops and seminars at the annual conferences of the American Psychological Association, Association for Psychological Science, International Association for the Cognitive Science of Religion, National Collegiate Honors Council, the Society for the Scientific Study of Religion, and American Educational Research Association.

Prior to joining Northwestern’s faculty, Dr. Edman taught at the University of Minnesota, Iowa State University, Waldorf, and Luther College. He received the Teaching Excellence award from Northwestern in 2008 and 2017, and he also holds Teacher of the Year awards from Waldorf College and the Honors Program at Iowa State University. At NWC he advises senior research students and teaches Research Methods, History and Systems of Psychology, General Psychology, Learning and Cognition, Statistics, Psychology of Religion, and Psychology, Faith and Values: Senior Capstone.

Edman was a visiting scholar in Science and Religion: Scholarship & Christianity at Oxford University in 2015-16, doing research on cognitive and psychological issues related to worship and discipleship. He held the Northwestern College Endowed Professorship from 2011-16. His latest project involves translating research and theory in the cognitive science of religion for use in the Christian church. The primary output will be a book written for church leaders, but the project also includes other writing (journal and popular press articles) as well as preparations for a pastor’s conference on this topic. The project, conducted with Dr. Myron Penner from Trinity Western University, is funded by a $228,500 grant from the Templeton Religion Trust.

(4 credits)(NWCore option under Self and Society) In this course students learn how, using methodologies such as observation, survey and experimentation, psychological science explores the causes and consequences of human action. An overview of major findings from the field of psychology such as biological bases of behavior, learning and memory, motivation and emotion, human development, personality, intelligence, psychopathology and therapy, the effect of others on individuals will be discussed and students will be encouraged to apply this knowledge to their own views and actions. Students will consider why the integration of faith and science in understanding humans is important and will explore ways of accomplishing this integration.

This course acquaints the student with basic empirical research techniques in the behavioral sciences including political science, psychology, social work and sociology. The course aims to enable the student to function as a conductor and a consumer of behavioral science research. Techniques include: observation, questionnaire and survey, interview, single-subject designs, qualitative research, and experimental and quasi-experimental methodologies. Topics include: descriptive and basic inferential statistics, sampling methods and research ethics. Prerequisites: PSY111, SOC101, PSC101, or PSC105, and fulfillment of the general education math requirement. (4 credits)

(2 credits, non-yearly, consult department) This advanced seminar provides a first exposure to the theory and practice of clinical and counseling psychology. This exposure will include the history of clinical psychology and counseling psychology, the current state of the profession, ethical dilemmas, and controversies within the field. We will also touch on theories of psychotherapy, as well as the integration of Christian faith with clinical practice. Prerequisite: PSY100SS and four additional credits in psychology.

As a culminating experience, senior students conduct a semester-long empirical research project and produce an APA-formatted report. This is substantive project that allows the student to individually explore a self-selected research topic in depth and to experience the research process from initial idea to finished publication-ready manuscript. It challenges the student to think creatively, to integrate knowledge and skills obtained throughout the psychology curriculum, and to produce a worthwhile contribution to the field.Prerequisites: 20 credits of psychology courses including PSY215 and 216.(4 credits)

Primary author of the Minnesota Test of Critical Thinking

Chapter in Teaching Critical Thinking in Psychology: A Handbook of Best Practices, Wiley-Blackwell, 2008.

Chapter, “Are They Ready Yet? Epistemological Development and Critical Thinking,” in e-book Essays from E-xcellence in Teaching, published by the Society for the Teaching of Psychology, 2007.

Epistemology and Religiosity as Predictors of Moral Reasoning (with student Emily Meyerink Griese), annual meeting of the Association for Psychological Science, Chicago, 2008.

Epistemology, Self-Concept, and Need for Achievement as Predictors of Academic Achievement and Honors Participation (with student Candace Gross), 19th Annual Convention of the Association for Psychological Science, Washington, D.C., 2007.

International Association for the Cognitive Science of Religion

International Association for the Promotion of Christian Higher Education

Visiting Scholar in Science and Religion: Scholarship & Christianity in Oxford. 2015-2016.

Professor of the Year, Waldorf College, 1995