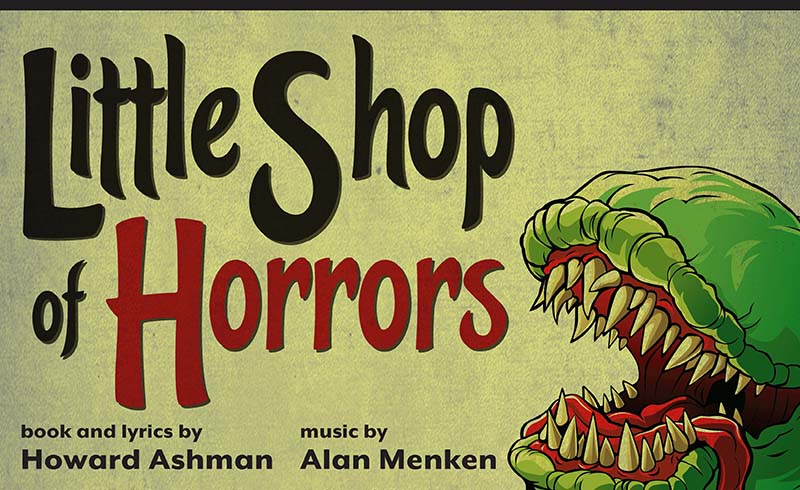 The Northwestern College theatre department will present the musical “Little Shop of Horrors” Oct. 28–30 and Nov. 4 and 6 in the DeWitt Theatre Arts Center’s England Theatre. The show will begin at 7:30 each of those evenings; there will also be a 2 p.m. matinee on Saturday, Nov. 6.

Written by Howard Ashman, “Little Shop of Horrors” was a smash Broadway musical that was later made into a Hollywood movie. Its science fiction plot follows the escapades of Seymour, a hapless flower shop assistant who raises a plant that feeds on human flesh and blood.

Megan Weidner, a 2014 Northwestern graduate, is serving as the guest director for the production, which is a collaboration between the college’s theatre and music departments. She holds a Master of Fine Arts degree from the University of South Dakota and has worked for both the Black Hills Playhouse and the Dakota Players.

“’Little Shop of Horrors' is set in the early ’60s, so the music includes everything from doo-wop to rock-and-roll,” she says. “There’s a dark comedy aspect to it that really draws people into the story. You’re watching this character who is wrestling with a moral conundrum.”

Weidner is working with a cast of 14 and a pit orchestra of a dozen. She double-cast a number of roles to give more students the opportunity to experience musical theatre. Ethan Koerner, instructor in theatre at Northwestern, is designing Audrey II, the Venus flytrap-like carnivorous plant around which the plot revolves. Koerner’s puppet creations for last year’s children’s play made “Jabberwocky” one of four productions cited for special achievement in puppet design at this year’s national Kennedy Center American College Theater Festival. He is designing four iterations of Audrey II, which grows from just 12 inches tall to a plant that fills the stage.

Tickets for “Little Shop of Horrors” are $10 for adults and $5 for students. They go on sale to Theatre Patrons Oct. 11 and to the general public starting Oct. 13. Tickets can be reserved at nwciowa.edu/tickets or by calling the box office at 712-707-7098 or emailing boxoffice@nwciowa.edu.