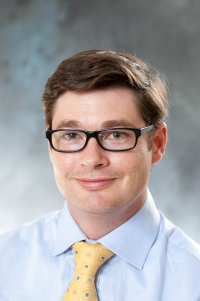 Northwestern College has announced the names of professors awarded endowed research grants and sabbaticals for 2016–17.

Drs. Tyrone Genade and Thomas Holm are the recipients of $9,600 grants to support scholarship in their respective fields of biology and music. The two were chosen by the college’s Faculty Development Committee after an external review process. 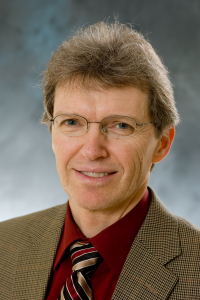 Genade, an assistant professor of biology, will use the grant money to support his continuing study of the neurodegenerative processes in diseases such as Parkinson’s, dementia and multiple system atrophy. His research uses a short-lived species of fish to model aging processes and test the molecular causes of death and whether interventions such as calorie restrictions and drugs can improve their life span. Several Northwestern students will assist him with his research next summer. Genade holds a doctorate in anatomy and cell biology from the University of Cape Town in South Africa. 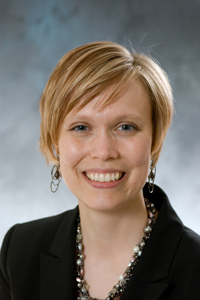 Holm, a professor of music and director of Northwestern’s A cappella Choir, will travel to Taiwan to study the choral techniques of Taiwanese musicians—observing rehearsals, interviewing choral directors, and gaining a fuller understanding of choral pronunciation techniques in a non-Western language. Holm’s research builds on preparation he is doing for a Northwestern A cappella Choir tour to Taiwan in March. It also supports a sabbatical he was awarded for the 2016–17 academic year, during which he will teach courses at a university in Taiwan, direct various choral and instrumental ensembles, and offer workshops and master classes in choral methods and conducting techniques. Holm earned a Doctor of Musical Arts degree from the University of Illinois.

Also granted a sabbatical is Dr. Karissa Carlson, associate professor of chemistry. During her one-semester sabbatical, Carlson will develop curriculum for discussion groups around issues of faith and science, as well as tools that can be used for difficult conversations in the church. She plans to use those materials in her local church and to teach a related class for her denomination. Carlson was awarded a doctorate in biochemistry by the University of Iowa.