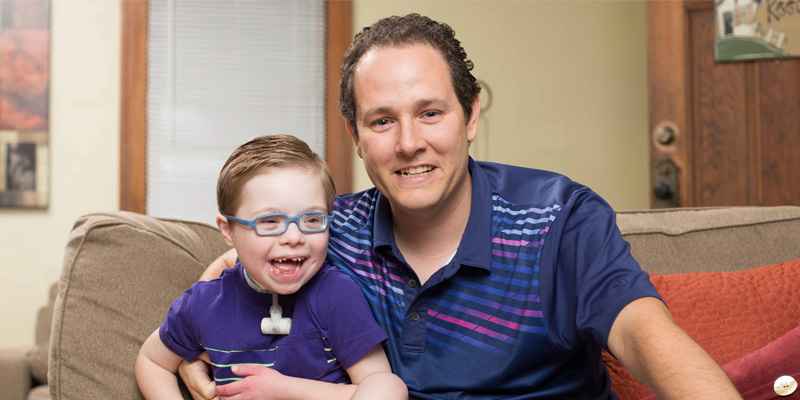 Chip Reece of Wichita, Kan., a 2004 Northwestern College alumnus, will read from his graphic novel, “Metaphase,” during a Northwestern College Deep Song Reading Series event at 4 p.m. on Tuesday, Nov. 20. The free reading will take place in the Fireside Room of the Ramaker Center.

“Metaphase” is the first graphic novel to feature a superhero with Down syndrome. The main character, Ollie, is named after Reece’s son, who also has Down syndrome. Following Ollie’s birth, Reece searched unsuccessfully to find comic books featuring superheroes his son could relate to. “I wanted Ollie to be able to see himself,” says Reece. “I want him to dream as big as anyone else and not be limited by what people think he can do.”

Reece eventually drafted a 10-page teaser and sent it to Kelly Williams, an illustrator he admired. Williams lent his dynamic, stylized approach, and soon their creation caught the eye of Alterna Comics, which offered to act as distributor. A successful Kickstarter campaign led to the graphic novel’s publication in 2015.

The story behind “Metaphase” has been featured on CBS News and People.com, among other media outlets. Reece is working on a sequel.

A social work major at Northwestern, Reece supervises the Senior Community Service Employment Program for the Workforce Alliance of South Central Kansas. He previously worked as a case manager for the Breakthrough Club in Wichita, a supervisor of the drug-screening program at Visinet Inc. in Omaha, and a house parent for Omaha Home for Boys.

The Deep Song Reading Series seeks to enable students and community members to listen to new and established authors speak about their works and share some of their writing experiences.