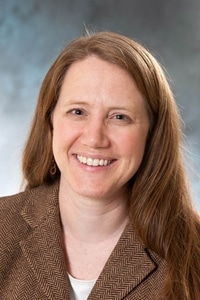 Feenstra will spend part of the summer of 2015 in Romania, developing and administering a survey so she can analyze and present its results during the school year. The survey will build on her previous study of experiential education, volunteering and vocation, as well as her work as a Fulbright Scholar in Romania in 2011–12. 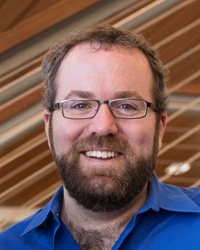 Martin was awarded $5,000 to support his preparations to begin work on his third novel, which will have an Israeli-Arab writer as one of two main characters. An assistant professor of English at Northwestern, he will use the grant to conduct on-site research in Israel and Palestine. His novel will explore the consequences of how a contemporary writer imagines God and others, as well as the conflict between an author’s intent and how his work is received.

Martin holds a master’s degree in creative writing from the University of Toronto and a doctorate in English language and literature from Memorial University of Newfoundland. He is the author of a collection of short stories entitled “This Ramshackle Tabernacle” and the novel “A Blessed Snarl.” A second novel, “Odin’s Eyes,” is being prepared for publication and was written with funding from Northwestern Scholarship Grants in the summers of 2013 and 2014, as well as with the support of the University of Southern California’s Institute for Advanced Catholic Studies, where Martin is a Mullin Fellow in Creative Writing.