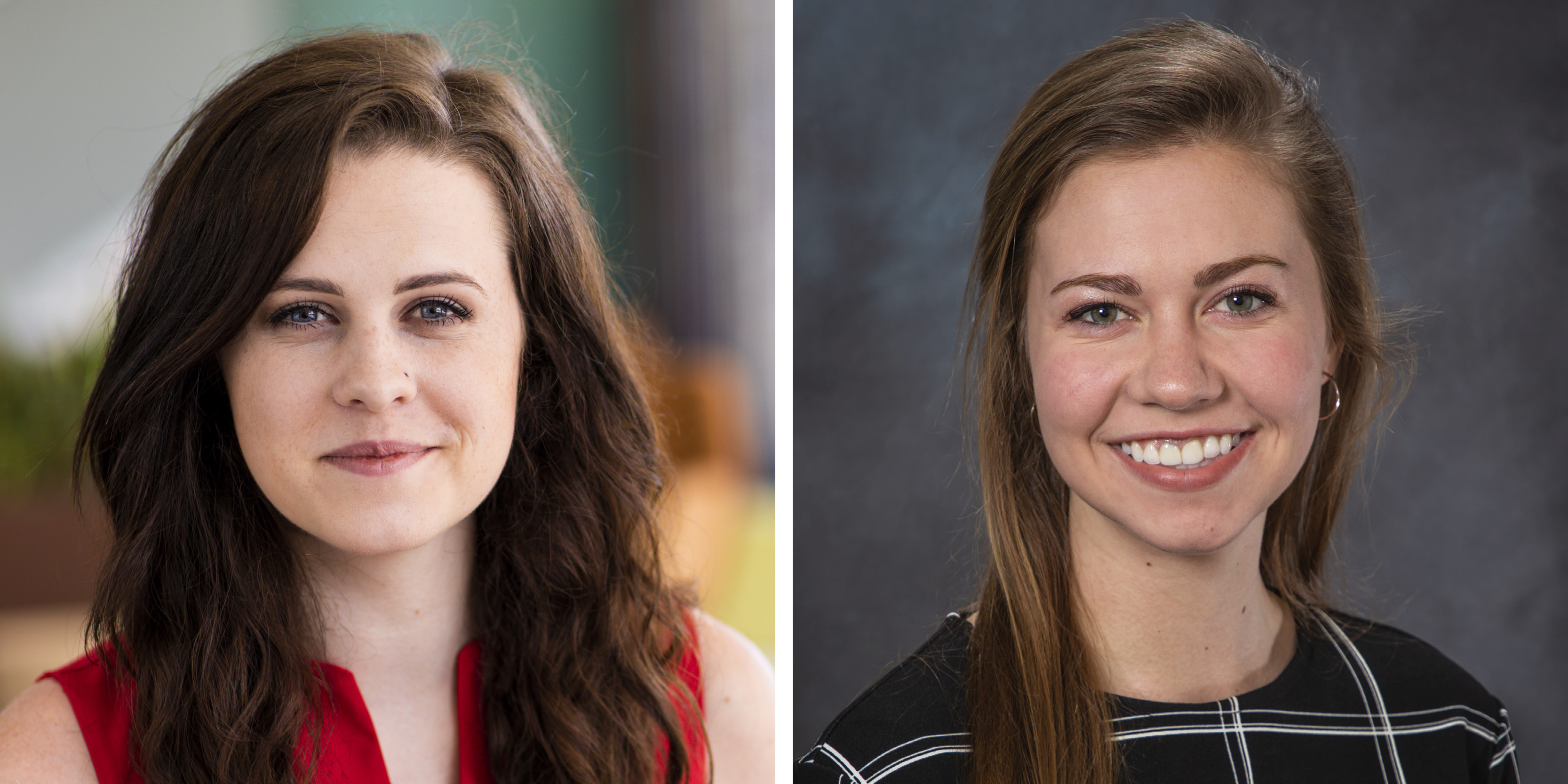 Hayes was a member of the Drama Ministries Ensemble and received a commendation for excellence in costume design at a regional college theatre festival. She also served as a peer tutor, ambassador and teaching assistant. A participant in a Spring Service Partnerships trip to Amsterdam, she also interned with Omaha Performing Arts and spent a semester studying at the London Academy of Music and Dramatic Art.

In August, Hayes will move to Seattle, where she will be an actor with the Taproot Theatre Company.

Lang completed a prestigious Carlson Internship with the American Medical Association in Chicago and participated in a Summer of Service in Jamaica. She also was a Spring Service Partnerships participant and coordinator as well as a peer tutor. A national qualifier in track, Lang earned NAIA Scholar-Athlete honors in that sport and in cross country.

Lang is working as the fundraising and marketing manager at CenterPointe in Lincoln, Nebraska.