Northwestern theatre to present "Eurydice" on stage in April 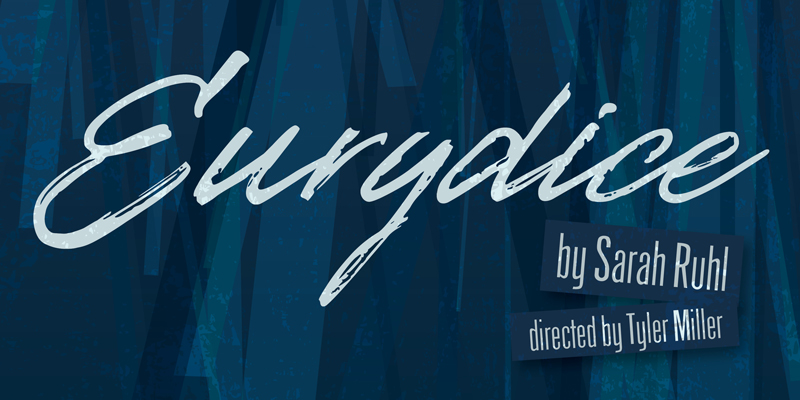 Northwestern College will present “Eurydice,” a modern retelling of the myth of Orpheus in the underworld, on the Allen Theatre stage during two weekends in April.

“Eurydice” is written from the perspective of Orpheus’s wife, Eurydice. When she dies, her grief-stricken husband uses his legendary musical talents to charm his way into the underworld and retrieve her. Allowed to leave under the condition they don’t look back, Eurydice follows Orpheus but is lost forever when he turns to her before both have stepped into the world of the living.

Tyler Miller, the Northwestern theatre professor who is directing the play, calls the script “a lyrical, beautiful piece of writing”—a love story about a father and daughter, as well as a husband and wife. Its author, Sarah Ruhl, is a major American playwright, Pulitzer Prize finalist, and faculty member at the Yale School of Drama.

Themes of eternal love versus eternal separation resonate with Miller’s Christian faith. In death, Eurydice is reunited with her father, and there are scenes that remind the director of God’s love for his children. In Orpheus’s willingness to do anything he can to rescue Eurydice, Miller sees echoes of Jesus’s relentless pursuit of those who are separated from him by sin.

Miller is using alley seating for “Eurydice,” in which two audiences face each other and the action happens between them. The set design focuses on the sky above the actors, with hanging fabric and chandeliers, while the stage floor will feature moving projections that reflect the characters’ experiences.

The seven student actors in “Eurydice” won’t be wearing masks, but masks will be required for members of the audience, who will be spaced apart in keeping with COVID-19 protocols. Tickets are $10 for adults and $5 for students and are available starting March 30 for Theatre Patrons and March 31 for the general public.

Online reservations via nwciowa.edu/tickets are encouraged. Tickets may also be reserved by calling the box office at 712-707-7098, emailing boxoffice@nwciowa.edu, or visiting the DeWitt Theatre box office in person Monday, Wednesday or Friday between 5 and 8 p.m. or Saturday between 1 and 4 p.m.