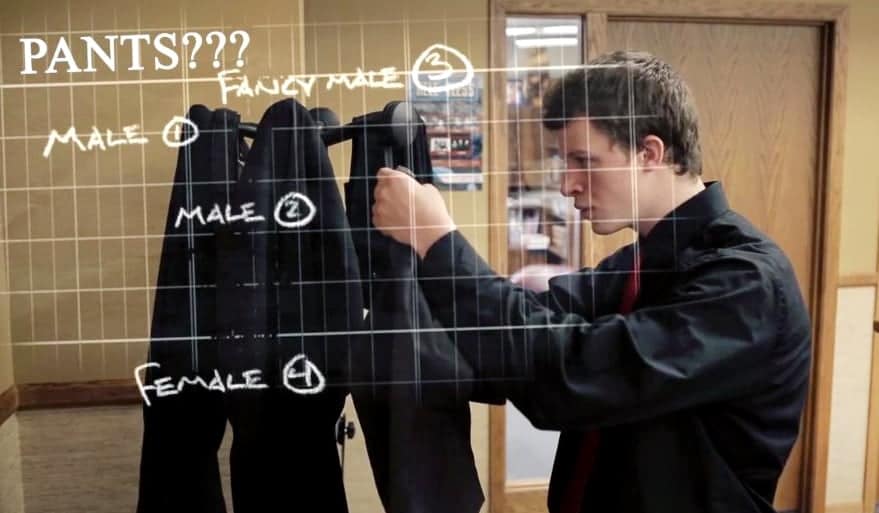 Northwestern audiovisual technician Lem Maurer, assistant professor of theatre Drew Schmidt and senior computer information systems major Matthew Latchaw of Oskaloosa, Iowa, made up the winning team. “Lem saw a TV commercial for the event over Christmas break,” explains Schmidt. “He thumbed through their website, watched a few past videos and thought, ‘We could do that.’”

The rules stipulated that contestants had only 48 hours to write, shoot and edit together a short film for the contest. “On Thursday, we were given the genre ‘comedy,’ as well as a required character, line and prop,” says Schmidt. “We decided to go with an idea that stemmed from one of those 3 a.m. ‘what if’ conversations I had with a roommate in college. We wanted the film to center around feeling extremely awkward, and we eventually came up with the idea, ‘What if we wrote a play about a coat rack, but with pants on it?’”

Schmidt wrote the script on Thursday night. On Friday morning, Maurer and Latchaw constructed a shot list and gathered equipment. After rounding up a few actors, the film was shot Friday afternoon and edited by Latchaw later that night.

By Saturday morning, the film was fine-tuned. “We cleaned up the audio, tightened up the scenes, and added elements to help the story make sense,” says Schmidt. “It was quite a rush, but because we had made good choices from the outset, it was a comfortable pace. And it was fun!”

Their submission, “Pants Rack,” won overall Best in Show at the competition, which was accompanied by a cash prize of $250.

The contest drew interest from filmmakers across the United States, with teams as far away as California, Colorado and Missouri.