Northwestern to host festival of culture 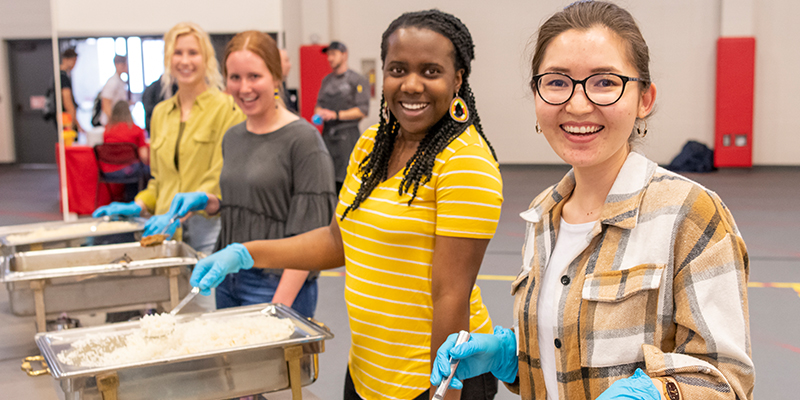 A festival celebrating the diversity of people and cultures represented on the Northwestern College campus is scheduled for Saturday, Feb. 4, beginning at 5 p.m. The annual Beloved Festival of Culture will be held in the four-court area of the Rowenhorst Student Center. The theme for this year’s festival is “Be the Bridge.”

The event is open to the public as well as to members of the NWC community. Tickets are $12 for adults and $7 for children ages 4–11. The cost includes a meal featuring food and beverages representing countries around the world, a fashion show and several student performances—including one by a group of Japanese high school students who will be on campus for the Winter English Program.

“The aim of the event is to bridge the gap between cultures represented on campus and to give students and the community a taste and feel of what other individuals eat and experience in their culture,” says Kelsey Joseph, associate director of intercultural development at NWC.

The event is being organized by student members of Northwestern’s Intercultural Club. This year’s I-Club president, Hikaru Hirata, has appointed student-led groups to be responsible for food, set-up, decor, activities, promotion and performances.

According to Joseph, the students are working hard to make the 2023 Beloved Festival of Culture a special experience. “I am really enjoying the way they have taken ownership of the planning for this event,” she says. “They want to provide an opportunity for people to step out of their own culture and their own comfort zone for an evening.”

The Beloved Festival of Culture is a collaboration of Northwestern’s Intercultural Club, La Mosaic multicultural student club, and Bridge Center for Intercultural Development.