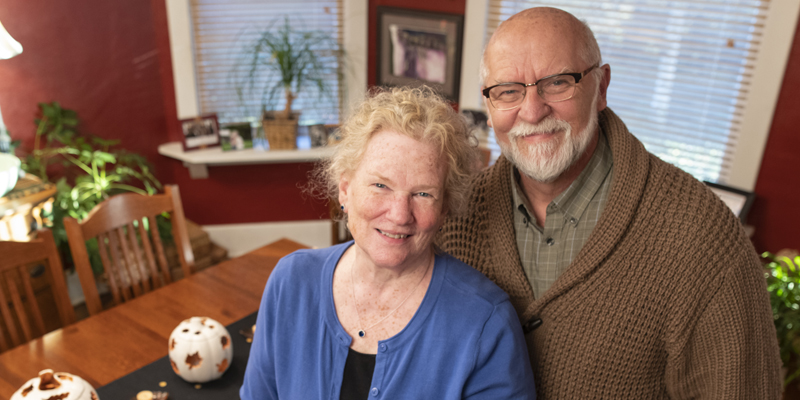 Northwestern College will award degrees to 317 students on Saturday, July 18, in graduation ceremonies postponed since May due to the coronavirus.

Commencement will begin at 8 p.m. in De Valois Stadium. Ninety-two students will receive Master of Education degrees; 201, Bachelor of Arts degrees; and 24, Bachelor of Science in Nursing degrees. Another four students are graduating from Northwestern NEXT, a two-year program for students with intellectual or developmental disabilities.

In a survey of graduates about how they wanted to celebrate commencement, students overwhelmingly voted for an in-person ceremony. “Commencement is a very important rite of passage, both for those who will be graduating as well as for their families,” says Northwestern President Greg Christy. “We are eager to celebrate this milestone with them in a way that safeguards participants’ health.”

Graduates, faculty and staff will be seated on the field and spaced 6 feet apart. Members of the audience will be encouraged to physically distance by family units while seated in the stadium’s bleachers.

This year’s commencement will include aspects of the college’s annual baccalaureate service and senior honors ceremony, since those events were canceled due to COVID-19. Honors Scholars and the Outstanding Graduating Seniors will be recognized during the program, and commencement will conclude with graduates holding lit candles, like they traditionally do at the close of baccalaureate.

Jeff and Karen Barker, who retired this spring after 32 years as professors in Northwestern’s theatre department, will serve as this year’s commencement speakers.

The couple—whose relationship began during a college play—joined NWC’s faculty in 1988, sharing one full-time theatre position for the first decade of their career while their children were small. Together they won a Northwestern teaching award in 1991.

Along with teaching acting classes and directing plays, Karen occasionally acted alongside students in Northwestern productions. She also was a member of community repertory theatres, including the Taproot Theatre Company in Seattle, which she and Jeff helped found. She received Northwestern’s Faculty Inspirational Service Award in 2016, and in 2017 was named the college’s first dean of arts and humanities.

Like his wife, Jeff has acted in dozens of stage roles in education, community and professional theatre. He also directed dozens more plays and musicals, including some featuring Karen. Perhaps his most lasting legacy, however, is the more than 50 plays he wrote, including an award winner about post-World War II eugenics, as well as one-acts, feature-length shows and musicals that brought Old Testament stories from Scripture to the stage.

Jeff is the author of two books about a missionary nurse and two about integrating storytelling with worship. In 2006 he was named Iowa’s Professor of the Year, and in 2018 he received Northwestern’s first Faculty Excellence in Faith and Learning Award. He and Karen are passionate about serving the church, often leading seminars at regional and national venues on various aspects of worship, drama and communications.

The Barkers both hold Master of Fine Arts degrees, hers from Northern Illinois University, and his from the University of South Dakota.