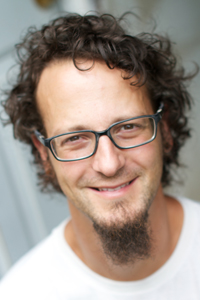 Shane Claiborne, a best-selling author who heads up Red Letter Christians, a movement of people committed to taking Jesus seriously by endeavoring to live out his radical, counter-cultural teachings as set forth in Scripture, will speak at Northwestern College Jan. 28 and 29.

Claiborne will speak in chapel at 11:05 a.m. on Tuesday, Jan. 28, on “What If Jesus Meant the Stuff He Said,” based on Luke 7:18–22. He will also speak at 10:05 a.m. on Wednesday, Jan. 29, in the Vogel Community Room of DeWitt Learning Commons on “Holy Nonconformists: Christianity as a Way of Life That Interrupts the Patterns of Injustice.” Both events are free and open to the public. Claiborne will also speak to students Tuesday night about the death penalty.

“I’m excited for Shane to be with us,” says Mark DeYounge, Northwestern’s dean of Christian formation. “His life is a steadfast and faithful testimony of the good news of how we’re called to embody Christ’s love in action for all people.”

The author of books such as “The Irresistible Revolution,” “Jesus for President,” “Red Letter Revolution,” “Follow Me to Freedom” and “Becoming the Answer to Our Prayers,” Claiborne worked with Mother Teresa in Calcutta and founded The Simple Way in Philadelphia. He is a champion for grace, which has led him to jail advocating for the homeless and to places like Iraq and Afghanistan to stand against war. Now grace fuels his passion to end the death penalty and help stop gun violence.

Claiborne has been featured in a number of films including “Another World is Possible” and “Ordinary Radicals.” He speaks over 100 times a year, nationally and internationally. His work has appeared in Esquire, Christianity Today, Time and The Wall Street Journal, and he has made numerous television appearances, including on Fox News, CNN and NPR.