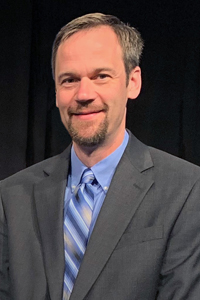 Northwestern College has announced the hiring of Kent Wiersema as vice president for finance and operations. Wiersema, a 1994 Northwestern alumnus who is corporate controller at Genesis Health System in Davenport, Iowa, will start his new position Jan. 20.

In his new role, Wiersema will be responsible for all college financial matters, including budgeting and forecasting, endowment management, financial reporting and risk management. Serving on the president’s cabinet and staffing the finance committee of the Board of Trustees, he will also oversee the business office, facilities management and maintenance, human resources, mailroom and printing offices, and bookstore.

Wiersema is a CPA with more than 25 years of finance and operations experience, including in public accounting, accounting and analytics for a national student loan servicer, and management for a nonprofit health system. He has been employed by Genesis Health System for the last 13 years, serving in his current position since 2009. He previously worked as a manager/supervisor at McGladrey and Pullen in Davenport, Iowa, and as a team leader and accountant for Nelnet in Aurora, Colorado.

“I am very excited to have Kent Wiersema join our leadership team,” says Northwestern’s president, Greg Christy. “He is a devoted follower of Jesus Christ and highly relational leader who has a demonstrated record of excellence and 25 years of increasing financial and leadership responsibilities. We are fortunate to attract such a standout person and professional to serve as our next vice president for finance and operations.”

An accounting major at Northwestern, Wiersema has been a leader at North Ridge Community Church in Eldridge, Iowa, serving as treasurer, executive team member, deacon, building campaign team member and musician. He also has been an AAU assistant basketball coach and Little League baseball coach. His wife, Amy, is a 1993 Northwestern alumna who serves as children’s ministries director at their church.

“Northwestern has such a place in my heart and my wife’s heart,” says Wiersema. “We love its mission and benefited so much from our Northwestern education. I felt very well prepared for my career after Northwestern, but I also realized that vocation wasn’t just a job. Northwestern was developing my skills but also preparing me for life—to be a leader in my church and community and be a faithful spouse and parent. I look forward to doing what I can to continue to move that mission forward at Northwestern College.”

Among Wiersema’s goals as he begins his new role are to build relationships on campus and in the community, to learn how things are done at Northwestern, and to make immediate contributions to the college’s key strategic priorities.

Wiersema will replace Doug Beukelman, who is retiring in January after 18 years in the position. Beukelman intends to seek out volunteer or consulting opportunities that will enable him to use his accounting and financial expertise.