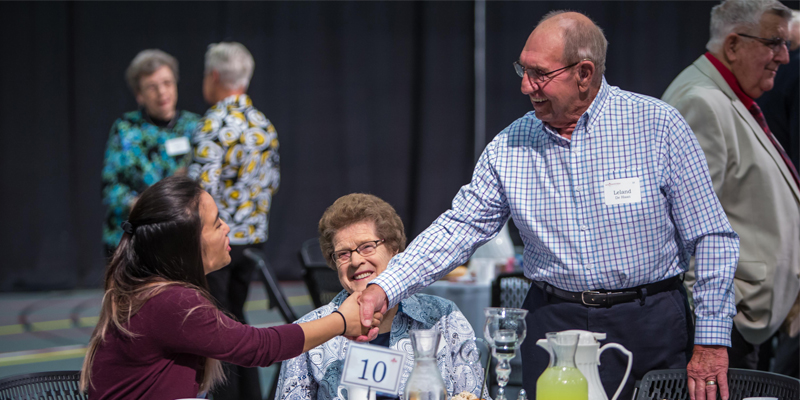 The generosity of Northwestern College donors in recent years has led to the college receiving a national fundraising award.

Northwestern College is among the recipients of a 2019 Educational Fundraising Award, an honor given to exemplary fundraising programs by the Council for Advancement and Support of Education (CASE).

Northwestern is one of five private liberal arts institutions with endowments under $100 million recognized for overall performance. That recognition is given to colleges and universities that show solid program growth, breadth in the base of support, and other indications of a mature and well-maintained fundraising effort. The award is based on three years of fundraising data provided through CASE’s AMAtlas Voluntary Support of Education (VSE) survey. Approximately 1,000 higher education institutions participated in the VSE survey this year and only about 10% of the schools were recognized.

Between the 2015–16 and 2017–18 fiscal years, Northwestern raised more than $24.1 million and saw a 62.8% increase in yearly giving. During that time, Northwestern was raising funds for the Discover Campaign, which funded the new DeWitt Family Science Center that was completed last year, along with science scholarships, student research fellowships and a building endowment. A total of $30.7 million in gifts and pledges were committed to the campaign.

“This award reflects the overwhelming generosity of our donors,” says Jay Wielenga, Northwestern’s vice president for advancement. “We obviously had a tremendous response to the campaign for the science building, but we’ve also seen an increase in annual giving and donations to missions and the booster clubs for athletics, music and theatre. Our gifts come from a broad base of donors who contribute to the projects they’re most passionate about. Clearly donors have responded and shown that they like what they’ve seen from Northwestern.”

Wielenga attributes the advancement office’s success to the longevity of his team, their intentional conversations with donors, and the ability of the staff and President Greg Christy to share the college’s vision with donors.

The CASE announcement noted that the awards recognize institutions that raise more than their institutional budgets, enrollment and fundraising staff size might predict. “Northwestern’s cost to raise a dollar is below the industry standard, which is important to us because we are committed to being good stewards,” says Wielenga. “We try to work smart, be efficient and improve at making the case for supporting Northwestern.”

“The beauty of this awards program is that we look at the data not knowing what institution is being represented,” says Sue Kubik, an accomplished educational fundraiser who led the higher education judging panel this year. “In showcasing these best-of-the-best programs, CASE helps its members identify institutions doing smart and innovative work from which everyone can learn.”

Northwestern’s advancement office was recognized by CASE in 2014 for overall improvement.