Comedy "Noises Off" on stage at Northwestern 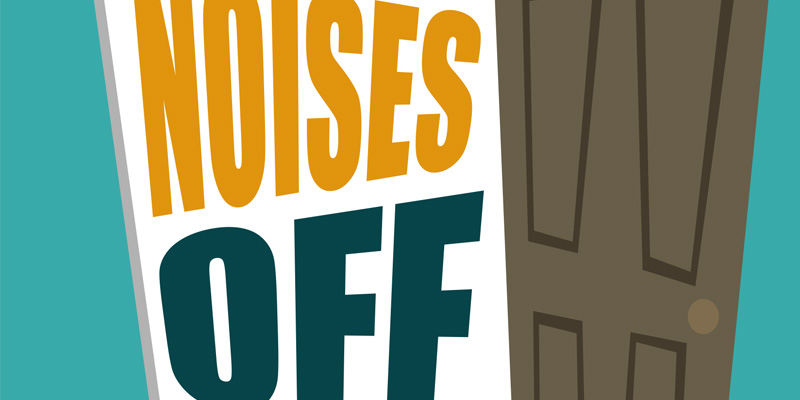 Frayn got the idea for “Noises Off” while watching another of his plays from the wings, noting the action was just as comical—if not more so—from behind the stage. So while the actors in “Noises Off” are performing onstage as characters in another play (titled “Nothing On”), the real drama between them is occurring behind the scenes. And the audience has a hilarious view of both.

Act one opens with the cast of “Nothing On” rehearsing before opening night and demonstrating they are not quite ready for curtain-up. Their forgotten lines and missed cues drive director Lloyd Dallas crazy, fraying nerves and adding tension to cast relationships offstage, including Lloyd’s juggling of romances with both an actress and his stage manager.

By act two of “Noises Off”—which is a repeat of act one of “Nothing On” a month in—the show is running more smoothly onstage, but backstage has taken a turn for the worse as romantic rivalries and cast quarrels risk sabotaging the production. Act three, a repeat of act one near the end of the show’s 10-week run, is bedlam, with backstage backstabbing and onstage ad-libbing careening toward a farcical finale.

“As the ancient proverb affirms, ‘Laughter is good medicine,’” says theatre professor Jeff Barker, who is directing the nine-member cast of “Noises Off.”

Tickets for “Noises Off” are $8 for adults and $4 for students. Tickets are available starting March 18 for Theatre Patrons and March 19 through April 6 for the general public. Tickets can be reserved at www.nwciowa.edu/tickets or by visiting the DeWitt Theatre box office. The box office can also be reached by phone, 712-707-7098, or e-mail, boxoffice@nwciowa.edu.