Hip-hop artist and writer to speak at Northwestern College 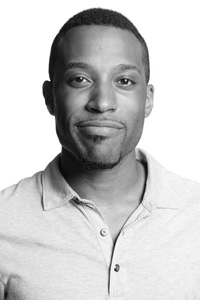 Atlanta-based rapper, writer and communicator Joseph Sojourner will be speaking at Northwestern College on Tuesday, March 19, at 11:05 a.m. in Christ Chapel. This event is free and open to the public.

Sojourner, an Ohio native who also goes by Sojo, was named the top hip-hop artist on the music streaming platform Spotify in June and July of 2015 after the release of his album “Fight Club.” In October of 2016, he released an extended play album titled “Am I Flying or Falling.” In addition to making music, Sojourner serves the six churches of North Point Ministries in the metro Atlanta area and is the creative director of Bigstuf Camps, a Christian summer camp for youth in Florida.

“Joseph is an engaging, talented and winsome voice on a national level, and he’s someone who cares deeply about the development of Christian leadership,” said Mark DeYounge, Northwestern’s dean of Christian formation. “I’m confident Joseph will be challenging and inspiring to our campus. His speaking and his rapping will provide a unique blend of art and vision for our students to be compelled by.”

Sojourner also speaks for several tours and conferences, including The Orange Tour, Catalyst Conferences, Thrive Unleased and The Lift Tour. In conjunction with speaking opportunities, Sojourner has collaborated with organizations such as Chick-fil-a, Elevation Church and the University of Georgia to continually equip young leaders in the church.