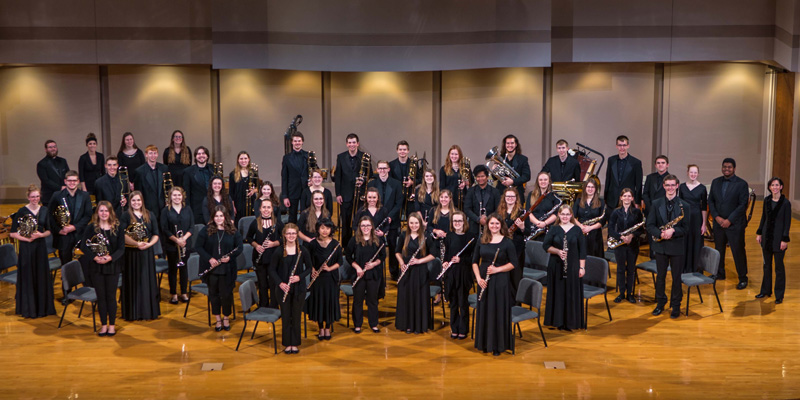 The Northwestern College Symphonic Band will cap a 10-day tour of Spain with a home concert Friday, March 15, at 7:30 p.m. in Christ Chapel. The performance is free, and the public is invited to attend.

Directed by Dr. Angela Holt, the 50-member ensemble is performing in Madrid, Seville and Toledo during their spring break March 1–11. The Northwestern students also are giving a joint concert with a local conservatory in Cáceres and participating in a service project in Madrid.

The home concert will include a variety of the band’s tour repertoire, including Spanish music such as “El Camino Real,” inspired by flamenco dance and guitarists; “Danzas Cubanas,” a set of three original dance-like movements by Robert Sheldon; and a march, “Amparita Roca,” by Barcelona native Jaime Texidor. The program will also include the American folk song “Shenandoah”; a piece by Leonard Bernstein; music by Iowa composer Aaron Perrine; and an arrangement of the spiritual “Were You There?”

Holt joined Northwestern’s faculty in 2018 as an assistant professor of music and director of bands and instrumental music education. A graduate of the Wheaton College Conservatory of Music, she holds master’s and doctoral degrees in conducting from the University of Cincinnati College-Conservatory of Music, where she previously was on the faculty and the associate director of bands.

Holt began her career as an associate director of bands in the Texas public school system before her appointment as director of bands at the College of William and Mary and music director of the University of Cincinnati Symphony Orchestra. She is active nationally as a guest conductor, clinician and adjudicator. She also serves as the assistant conductor for the Northwest Iowa Symphony Orchestra and as the conductor for the Northwest Iowa Symphony Youth Orchestra.