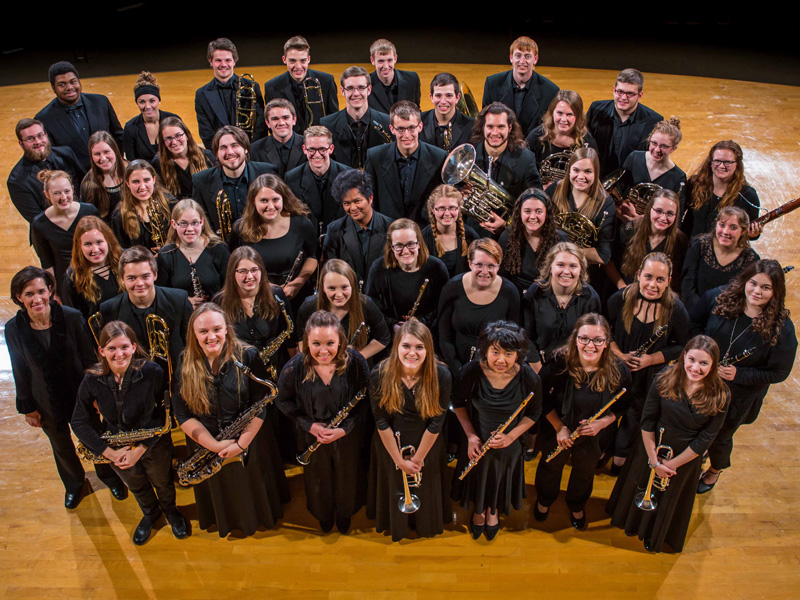 Plans call for the 50-member ensemble to perform in Madrid, Seville and Toledo. In Cáceres, the ensemble will present a joint concert with the local conservatory and participate in a church service with a Northwestern alumnus who is a World Team missionary. A service project is planned for Madrid.

“It’s an honor for us to be able to share our music and develop friendships that will foster understanding of each other’s culture,” says Dr. Angela Holt, director of bands and instrumental education. “Our goal is to make known the good news of Jesus Christ and that all of us—the audience and the musicians—would be enriched.”

The band’s repertoire includes Spanish music such as “El Camino Real,” inspired by flamenco dance and guitarists; “Danzas Cubanas,” a set of three original dance-like movements by Robert Sheldon; and a march, “Amparita Roca,” by Barcelona native Jaime Texidor. The program will also include the American folk song “Shenandoah,” a work by Leonard Bernstein, a piece by Iowa composer Aaron Perrine, and David Holsinger’s hymn setting of “Were You There?”

Holt says she has been “blown away” by the results of the band members’ fundraising efforts. “It’s amazing how God has provided through the people of this community and the communities our students are from. God has been leading as we’ve prepared for this journey, and I look forward to seeing how he will work among and through the band members and the people we encounter in Spain.”

Area residents will have the opportunity to hear music from the tour during the Symphonic Band’s home concert on Friday, March 15, at 7:30 p.m. in Christ Chapel.