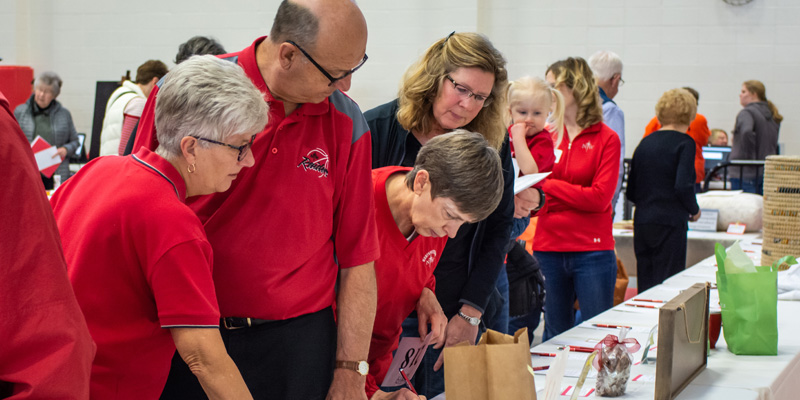 Nearly 350 people attended the auction, which was hosted by the Northwestern College Alumni Association. Orange City’s American Legion chapter served a breakfast of pancakes and scrambled eggs as part of the event.

“The generosity of many individuals and businesses made this another successful auction, and we’re very grateful,” says Aletha Beeson, events and stewardship coordinator at Northwestern. “We enjoyed welcoming many Northwestern supporters and friends to campus for the event.”