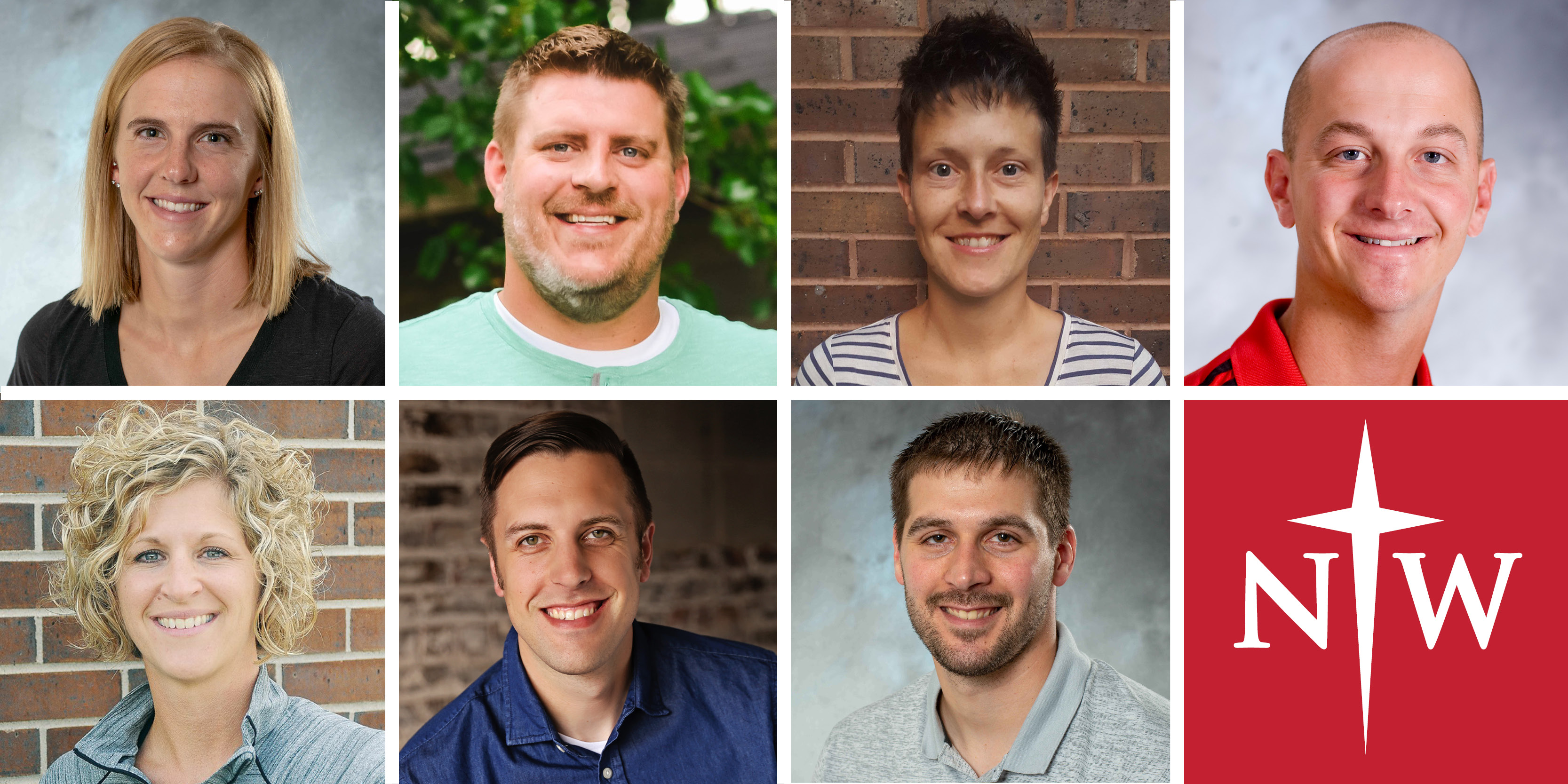 Three Northwestern College graduates will be inducted into the school’s Athletic Hall of Fame on Saturday, Sept. 29. The honorees, along with the 2018–19 Red Raider Club Coaches of the Year and Barnabas Award recipients, will be recognized at a luncheon at 11 a.m. in the Vermeer South Dining Room and at halftime of the football game against Doane, which starts at 1:30 p.m.

Kendra De Jong of Hospers, Phil Kooistra of Rock Valley and Sara (Kernes) Nessa of Alton will bring the number of Hall of Famers to 116. Aaron Aberson of Orange City and Julie (Jansen) Oldenkamp of Sioux Center will receive Red Raider Club Coach of the Year honors. The Barnabas Award—which recognizes Raiders who encouraged others to strive for their best performance athletically, academically and personally, and who used their sport as a way to bring others to a knowledge of Jesus Christ—will be bestowed upon TJ Philips of Sioux Falls and Josh Van Es of Orange City.

De Jong graduated from Northwestern in 2013 and earned NAIA first team All-American honors in basketball her last three seasons, including being named the national player of the year as a senior. She also was named to the WBCA All-American first team in 2013 and 2012 and earned honorable mention recognition in 2011. Named to the all-tournament team three times at nationals, De Jong is the leading rebounder in school history, with 1,231. She also is third in scoring with 2,388 points, and third in steals, with 248. De Jong also earned All-American honors as a high jumper in track in 2012 and 2010 and garnered NAIA Scholar-Athlete recognition in both sports.

A 2009 graduate of Unity Christian High School, De Jong is a nurse at Orange City Area Health System and works on the family farm.

Kooistra, a 2007 graduate of Northwestern, was a four-year letter winner on the football team’s offensive line. He earned first team all-conference honors in 2005 and 2006 and was named a Victory Sports Network second team All-American as a senior. Kooistra was selected as the Raiders’ most valuable offensive lineman his last two years. He went on to play for two championship teams with the Sioux Falls Storm of the Indoor Football League.

Nessa, a 2006 Northwestern alumna, sits atop a number of categories in the Raiders’ women’s soccer record book. A forward who was the 2005 Great Plains Athletic Conference (GPAC) player of the year and an All-American honorable mention, Nessa is the school’s leader in career goals, 57; career assists, 23; career points per game, 2.58; goals per season, 29 in 2005; and assists per season, 10 as a senior. She twice scored four goals in a game, which ties her as Northwestern’s leader in that category as well. Nessa’s honors also included first team all-conference recognition in 2004 and honorable mention in 2003 and 2002.

Aberson, who graduated from NWC in 2006, is in his ninth year as Northwestern’s head men’s golf coach. He has led them to six GPAC championships and been named the league’s coach of the year six times. His teams have competed in the NAIA national tournament six years, with the 2018 squad finishing 18th. Over the years he has coached three GPAC golfers of the year and three All-Americans.

Oldenkamp, a 2001 Northwestern alumna, is in her 11th year as head volleyball coach at Sioux Center High School, where she also serves as a counselor. She led the 2017 team to second place in Iowa Class 3A and a record of 34-6. Overall, her teams have compiled a 319-114 record. Oldenkamp, who graduated from Sioux Center High School in 1997, has earned state coach of the year honors and was named district coach of the year three times.

Philips, a 2009 Northwestern alumnus, was a three-year member of the varsity basketball team and was named an NAIA Scholar-Athlete as a junior and senior. A 2005 graduate of Le Mars Community High School, he is an assistant actuary for the Sammons Financial Group.

Van Es also graduated in 2009 and was on the basketball team. He was a four-year letter winner who earned honorable mention all-conference recognition in 2006. A 2005 graduate of MOC-Floyd Valley High School, he manages the Walmart in Sioux Center.

The public is invited to attend the luncheon. Tickets are $10 apiece. For more information, contact Kara Smit in Northwestern’s athletic department, 712-707-7280 or kara.smit@nwciowa.edu.