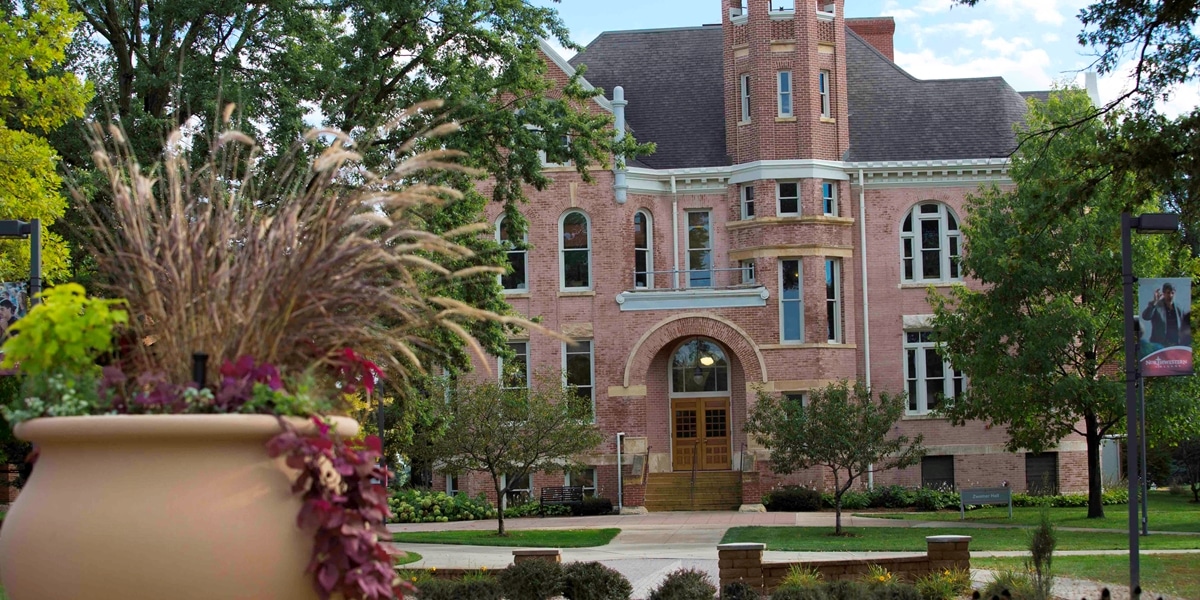 Northwestern College has been recognized by The Groundwater Foundation as a 2015 Groundwater Guardian Green Site for its groundwater and environmental stewardship. Northwestern earned Green Site designation based on responsible use of chemicals, pollution prevention and water quality.

“We are very proud to be listed as a Groundwater Guardian Green site for the eighth consecutive year,”  says Chad Miller, director of campus safety and environmental health at Northwestern. “Ward Van Peursem and the entire Northwestern College groundskeeping crew do an awesome job protecting groundwater quality while maintaining a beautiful campus.”

The Green Site program began in 2007 to recognize good stewards of groundwater by encouraging green space managers to implement, measure and document their groundwater-friendly practices.

To earn Groundwater Guardian Green Site designation, site managers complete an application that uniformly evaluates and documents their site’s practices, such as tracking irrigation water use, maintaining a no-application zone around surface water and active wells, selecting plants adapted to the region’s climate, and applying fertilizer based on nutrient needs.

According to www.groundwater.org, only eight other colleges are Groundwater Guardian Green Sites, with Northwestern listed as the only Iowa college meeting the organization’s standards for environmental stewardship.

Throughout the past five years, Northwestern has continued to integrate energy efficient and waste-reducing measures into campus facilities. The DeWitt Learning Commons, opened in the fall of 2013, was built with a variety of environmentally friendly features, including an ice bank cooling system, which uses ice formed overnight to cool the building and chill water throughout the day. Efficient lighting fixtures use motion sensors to turn lights off and on, and the building is landscaped with tall fescue grass, a drought-hardy plant that requires less water to sustain.

Other improvements made to the campus in recent years include the installation of new high efficiency boilers in the college’s art building and student center, an updated motion sensor lighting system in the newly remodeled Ramaker Center, and water bottle filling stations in a number of residence halls and facilities to both lessen the amount of plastic bottle waste and promote the use of refillable containers.