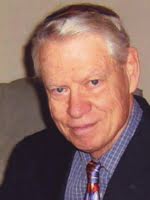 Gary Vander Hart studied violin for 12 years in Denver, with David Eisenberg as his teacher. Under Eisenberg's inspiration, he wanted to be a concert violinist and was concertmaster of the Calvin College Orchestra from 1955 to '59. After graduating from Westminster Seminary, he taught music at Sioux Center (Iowa) Christian School, starting its string program, and later taught theology, Bible and music in four Reformed seminaries in Moscow and St. Petersburg for 14 years. He began the Sioux County String Center in 1966, selling and repairing stringed instruments, and has built several stringed and folk instruments.