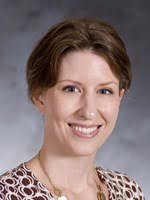 Mezzo-soprano Cindy Moeller holds a Bachelor of Music degree from Iowa State University and a Master of Music from the University of Michigan. She has been seen in Amahl and the Night Visitors, as Prince Orlofsky in Die Fledermaus, Tzeitel in Fiddler on the Roof, Rosalia in West Side Story and Marian in The Music Man. Ms. Moeller has been a soloist with Sounds of South Dakota and the Sioux County Oratorio Chorus; appeared in scenes from Così fan tutte and Carmen, as well as the musicals Into the Woods, Brigadoon and Oklahoma!; and sung roles with the Victor Herbert Festival in Ann Arbor, Michigan. She also performs regionally and nationally with the South Dakota Chorale. Previously an adjunct faculty at Iowa State University, she now teaches vocal pedagogy, vocal literature, voice class and private lessons at Northwestern College and is the assistant technical director for Northwestern's theatre department.