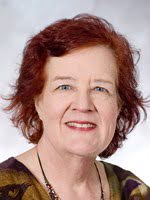 Anna Vorhes is the principal harpist for the Sioux City Symphony Orchestra and the Northwest Iowa Symphony Orchestra. She previously served in that capacity for the Fargo/Moorhead Symphony Orchestra. She serves numerous choirs and orchestras in need of a harpist for a particular concert, and as such, has appeared with the South Dakota Symphony, the Black Hills Symphony, the Kampeska Singers from Watertown, and the Singing Boys and Girls Chorale of Sioux Falls, among numerous other groups. Vorhes earned a master’s degree in harp performance and a bachelor’s degree in music and psychology. She has been an active member of the Music Teachers National Association, serving in numerous positions including South Dakota state president.