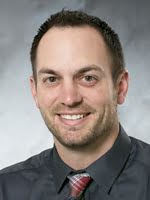 In addition to his position as lecturer in kinesiology, McCarty serves as head coach for the Red Raider football team. He was the team's defensive coordinator for 11 years and also served as assistant head coach from 2012 to 2015. A defensive back during his undergraduate experience at Northwestern, he earned a bachelor's degree in education before going on to earn a master's degree in sport management from California University.

This course introduces students to the sport and fitness industry, the wide range of career opportunities involving sport, and the social and economic impact of sports on our culture. The course content includes theoretical and applied foundations of sport management. Topics include history of the profession, the need for management and organizational skills, current trends, and future issues.  (2 credits)