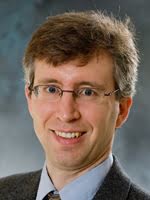 Dr. Winn earned his Ph.D. in the early Christian studies program at The Catholic University of America, and his degree focused on two examination areas: late antique history and Greek and Latin patristics. His research interests include religious and intellectual history in Late Antiquity and the early Middle Ages. Prior to joining Northwestern’s faculty, he was a visiting professor at Creighton University in Omaha, Nebraska. Dr. Winn is the author of Eusebius of Emesa: Church and Theology in the Mid-Fourth Century (2011) and Christianity in the Roman Empire (100-300): Key Figures, Beliefs, and Practices of the Early Church (2018). His published articles have appeared in the Journal of Early Christian Studies and Vigiliae Christianae, and he has presented papers at both the International Conference on Patristic Studies at Oxford University and the International Congress on Medieval Studies. He received Northwestern College’s Excellence in Faith and Learning Award in 2020.

Winn currently has two long-term research and writing projects. First, he is writing a follow-up volume to his 2018 book that focuses on the first seven ecumenical councils and is tentatively titled Council: The Formation of the Christian Tradition (250-850). Second, as reflected in recent articles on Bede of Northumbria and Gregory of Tours, he remains interested in early medieval historiography and will continue to pursue publishing his research on this topic.