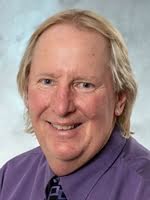 Dan Kruse spent 16 years as an elementary and middle school counselor for the Central Lyon School District after earning a bachelor's degree in education from Northwestern College and a master's degree in counseling from South Dakota State University. Returning to graduate school, he earned a master's degree in leadership from the University of Sioux Falls and then served as Central Lyon's elementary and middle school principal until his retirement in 2015. He now works for Central Lyon as the school activities director.