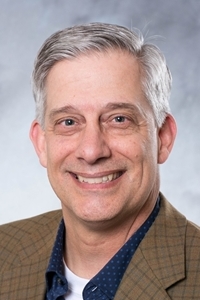 Dr. Jeff VanDerWerff works with the department chairs of business/economics, education, political science, psychology, social work and sociology. He is known as a gifted public intellectual who understands what it takes to encourage the moral and spiritual formation of Northwestern students as they weave together belief, behavior and belonging. A Northwestern graduate himself, he has been teaching at his alma mater since 1999 and is a past recipient of the college’s Teaching Excellence Award. VanDerWerff earned a doctorate in American politics and public administration from the University of Kansas. He has served as the faculty representative on Northwestern's Board of Trustees and co-chaired the college’s Higher Learning Commission reaccreditation work group. His research interests include religion and politics and political theology, and he is a member of both the American Political Science Association and Christians in Political Science. In addition to serving as dean, he teaches half time as a professor of political science.