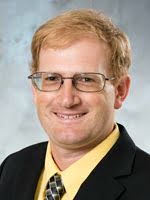 Daniel Huey serves as assistant professor of music, teaching music theory and courses for the worship arts program. Prior to joining Northwestern's faculty, he was an assistant professor of music at Shorter University in Georgia. He also taught at Rensselaer Polytechnic Institute in New York; at the University of Iowa, where he earned a master’s degree in music theory; and at the University of Massachusetts Amherst, where he earned a doctorate in music theory.

This course provides training in basic musical skills including concepts of pitch, rhythm and time signatures, scales and key signatures, intervals, triads and seventh chords and rules for part writing. It also provides an introduction to aural skills and to understanding Christian approaches to music and music-making.(2 credits)

MUS115AE - Music of the Church

(3 credits) (IGE option under Aesthetic Experience) This course provides an introduction to the fascinating and frustrating history of how Christians have used, created, manipulated, or avoided music in their worship of God. Although each of us comes from our own denominational, geographical, and cultural backgrounds, we will seek to understand the whole historical sweep of Christian church music, as well as our own place in that history.

This course will teach the fundamentals necessary for performing, composing/arranging, teaching, directing, writing about, and recording/producing music. Related topics such as music history, performance practice and music technology are also explored and an in- depth study is made of the Christian perspective on music and music-making.(4 credits)