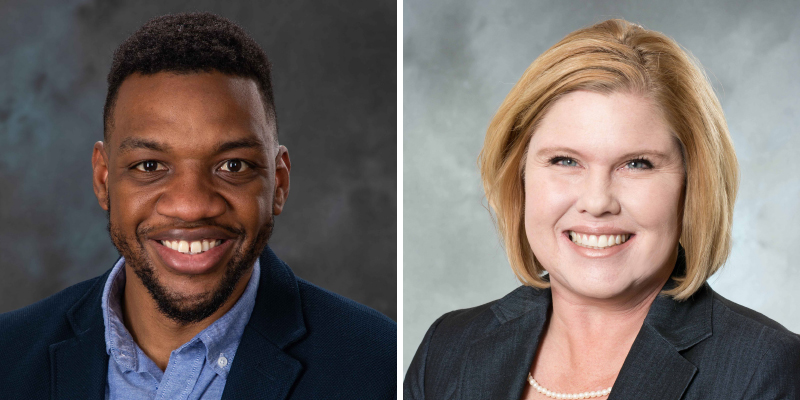 Franklin, director of multicultural student development, will become director of strategic diversity initiatives. As such, he will assume more responsibilities across the institution in offering guidance and training for curricular and co-curricular areas. He’ll also continue to mentor multicultural students and to direct the Bridge Scholars program, which provides select students with scholarships and the opportunity to further develop their servant leadership skills on campus and in the community.

Franklin and Stokes will also co-lead a reconstituted Diversity Resource Committee that will offer trainings and sponsor diversity programming on campus.

Northwestern adopted its Vision for Diversity six years ago—a vision that grew out of the college’s mission to “pursue God’s redeeming work in the world” and that calls on the campus community to embrace the diversity in God’s creation, lament human brokenness, reconcile with one another, and embody shalom, or wholeness and peace. In addition, one of Northwestern’s strategic goals is to “embrace and celebrate cultural and ethnic diversity.”

Franklin and Stokes led the process of developing the Vision for Diversity, which has been widely recognized by members of the Council for Christian Colleges & Universities as an exemplary model of institutional commitment and change. They will also have the authority and resources to help Northwestern live out that vision through tangible and sustainable action.

“Val and Rahn have invested deeply in research and scholarship related to diversity and have a wealth of knowledge to offer our community,” says President Greg Christy. “Just as importantly, they have a proven track record of working together to promote diversity, equity and inclusion on campus. Becoming the ‘beloved community’ is not merely a social goal, but a biblical mandate. We’re fortunate to have two leaders on our campus whose passion for diversity is rooted in their scholarship and linked to their love of Christ and his kingdom.”

Franklin is finishing a doctorate in education, with an emphasis in organizational leadership, from Northcentral University this spring. Stokes holds a doctorate in human development and educational psychology from the University of South Dakota and is a licensed independent social worker.